Childhood friendships can last a lifetime — and the same is true with dogs. 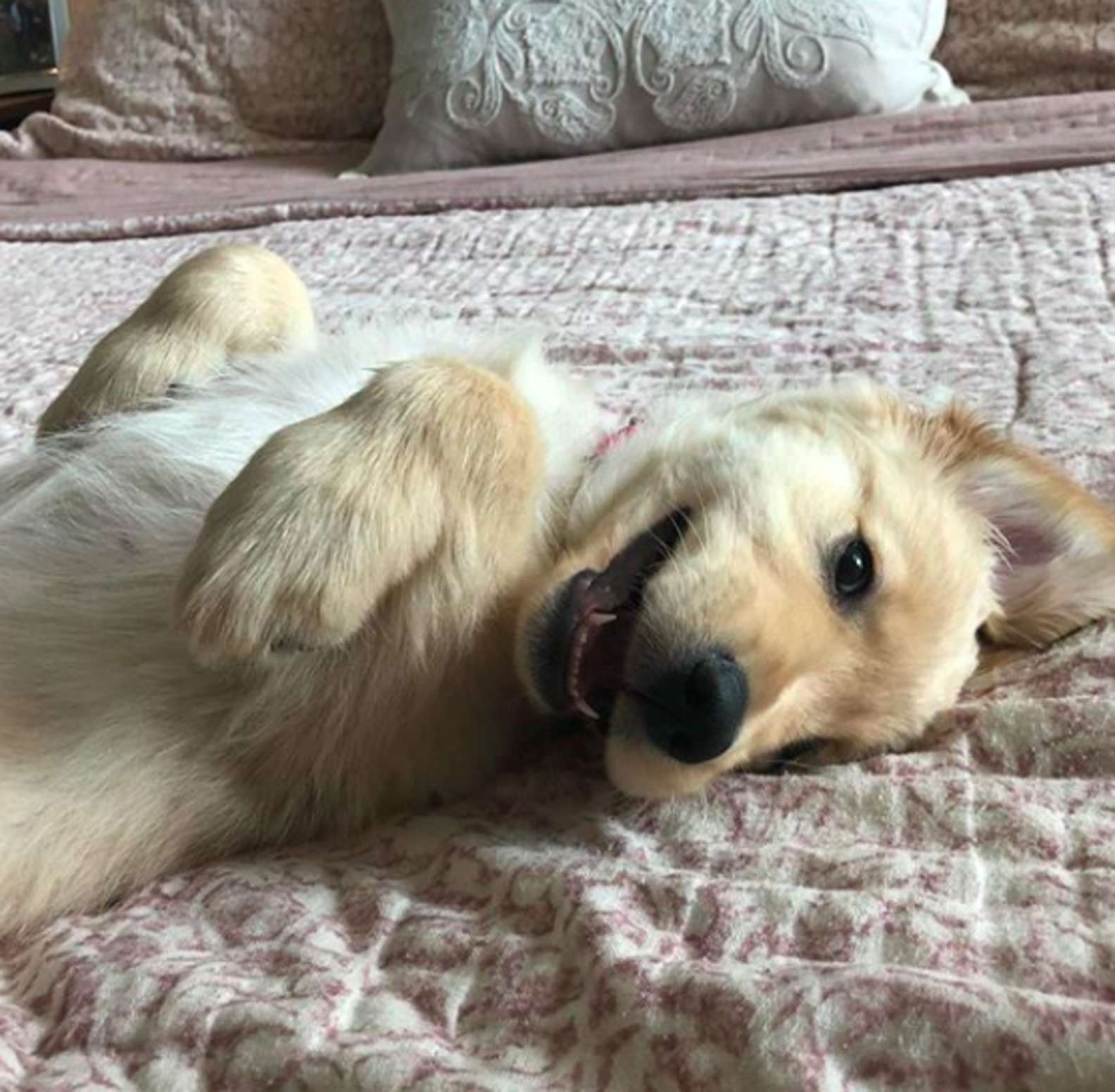 When Billie’s mom Emily Buchenberger first brought her to a puppy play hour, she had no idea the little dog would form such fast friendships.

During this time, dogs between the ages of 8 and 18 weeks can romp around a gymnasium off-leash. With plenty of puppies to play with, Billie could have spent the entire time making new friends. But somehow, all the golden retrievers in the room found each other.

“The goldens have similar play styles so they immediately clicked,” Buchenberger told The Dodo. “There might as well not have been the other 15 puppies at puppy hour because the goldens were attached to each other like glue.”

Buchenberger watched as the golden retriever puppies formed a secret club. Instead of running around like the other puppies, they held meetings under different play objects, unseen by anyone. 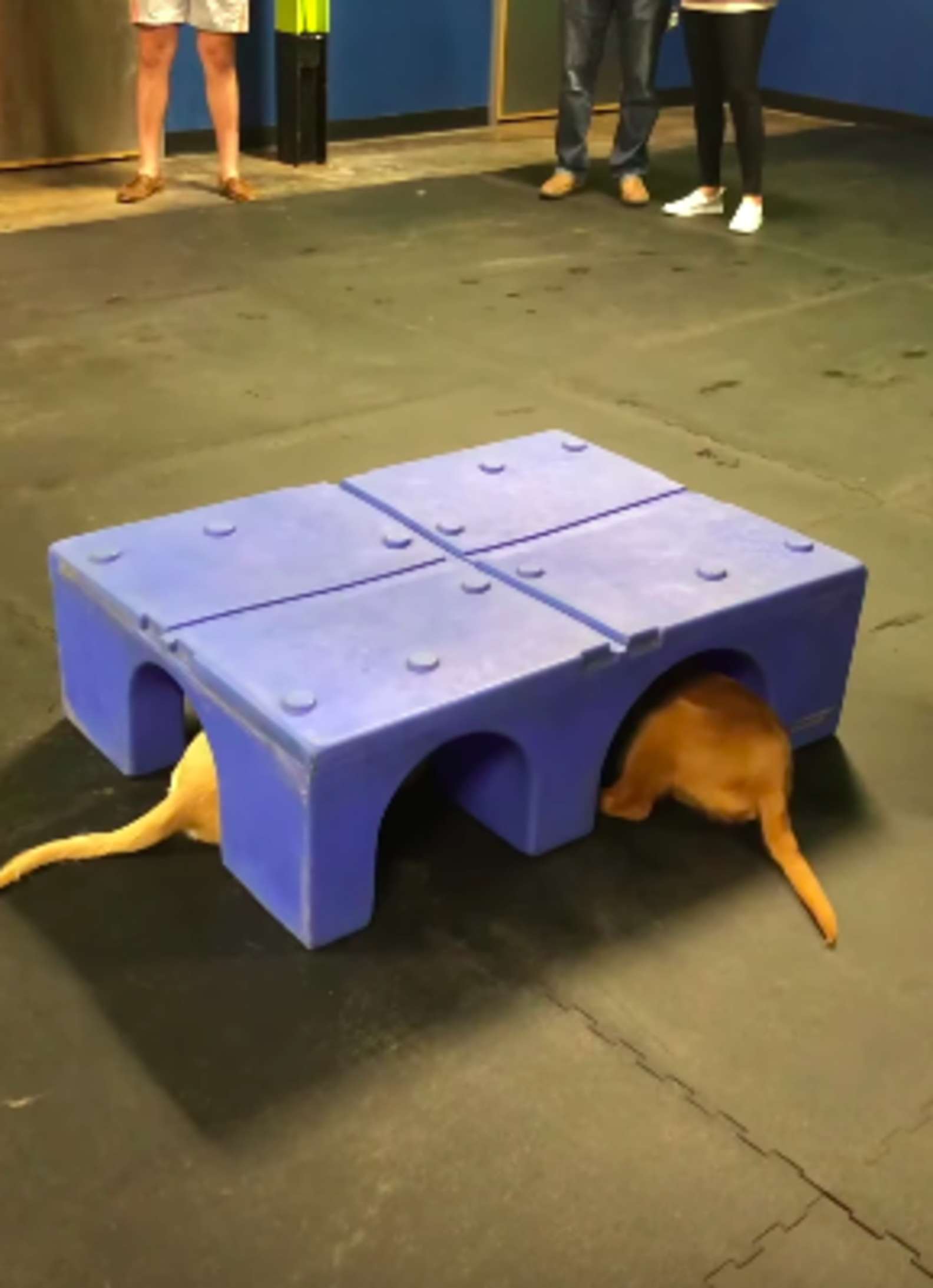 “Most puppies ran around or jumped onto the objects, but not the goldens,” Buchenberger said. “They almost exclusively played with each other underneath the objects in secrecy.”

That is, until a dad of one of the other puppies revealed what they had been doing the entire time:

When the plastic box was lifted off the puppies, their owners were shocked to see them seemingly holding hands.

“We found them all calmly interlocking paws,” Buchenberger said. “They definitely were not expecting to be exposed and immediately dispersed. Soon after, they met back up underneath the bridge to secretly play.” 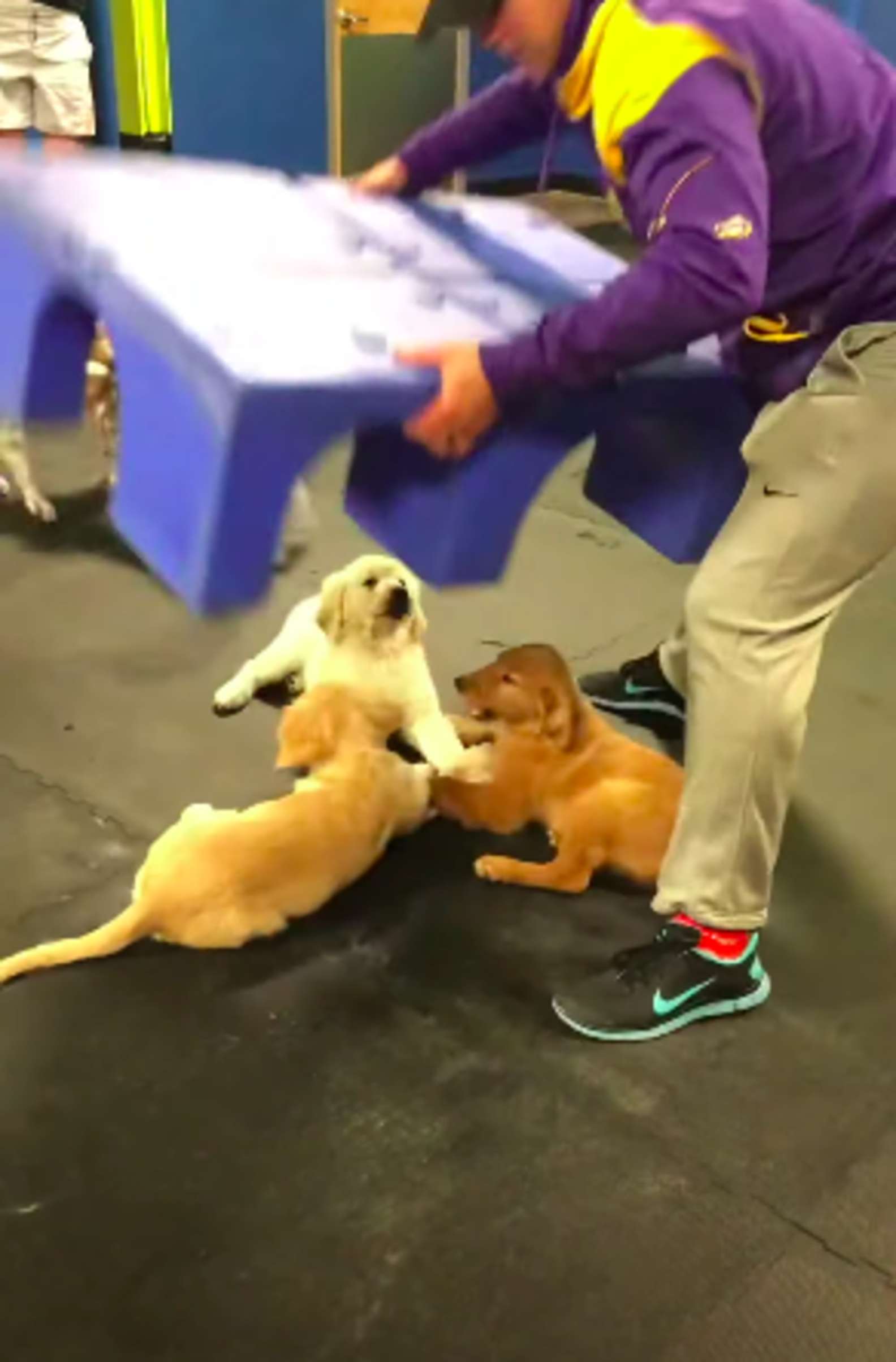 When Billie is at home with her family, she loves hiding under objects and furniture — especially if she has something she cherishes, like a bone or a dirty sock, notes Buchenberger.

The fact that Billie and her puppy friends all hide together just shows how much they cherish each other. And it’s clear these pups will be friends for life.