All Jacque wanted was someone to love him — but instead, the 3-year-old cat kept getting rejected.

In May 2016, when Jacque was about 7 months old, his first owner moved away and didn’t take Jacque with him.

“He was found in a house that was foreclosed upon. The person who owned him left him there and didn’t care,” Nancy Hutchinson, founder and president of Michigan Cat Rescue, told The Dodo. “He was found by the realtor and brought into the shelter. This happens quite often, sadly.” 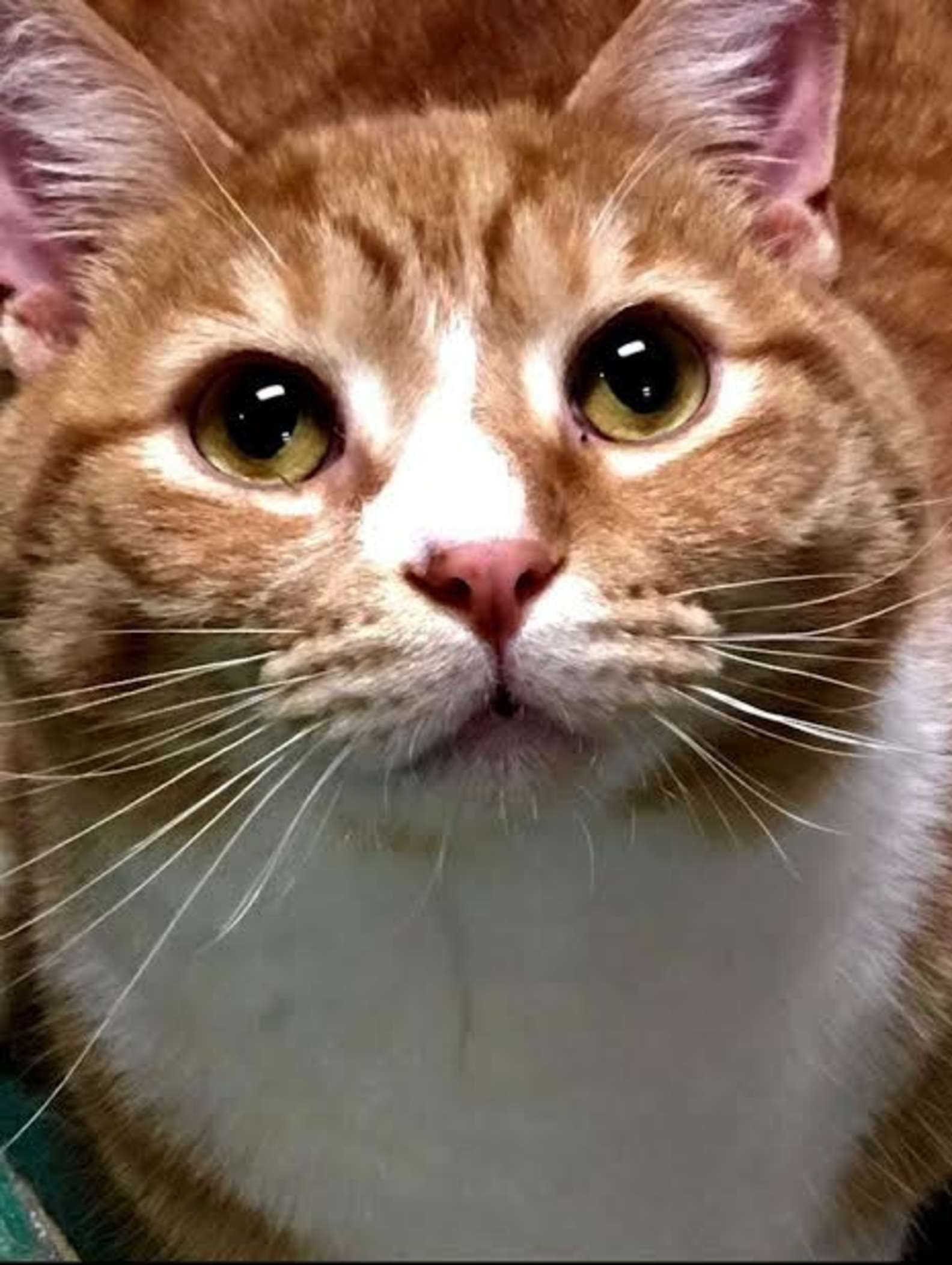 The shelter was overcrowded with dogs and cats, and no one seemed interested in adopting Jacque — so he was put on the euthanasia list. But a visit from Hutchinson saved his life.

“I saw him in his cage and felt so bad for him,” Hutchinson said. “I opened up his cage and … sat on the floor with him for a while and he sat on my lap. I thought, ‘Wow. What a nice cat.’” 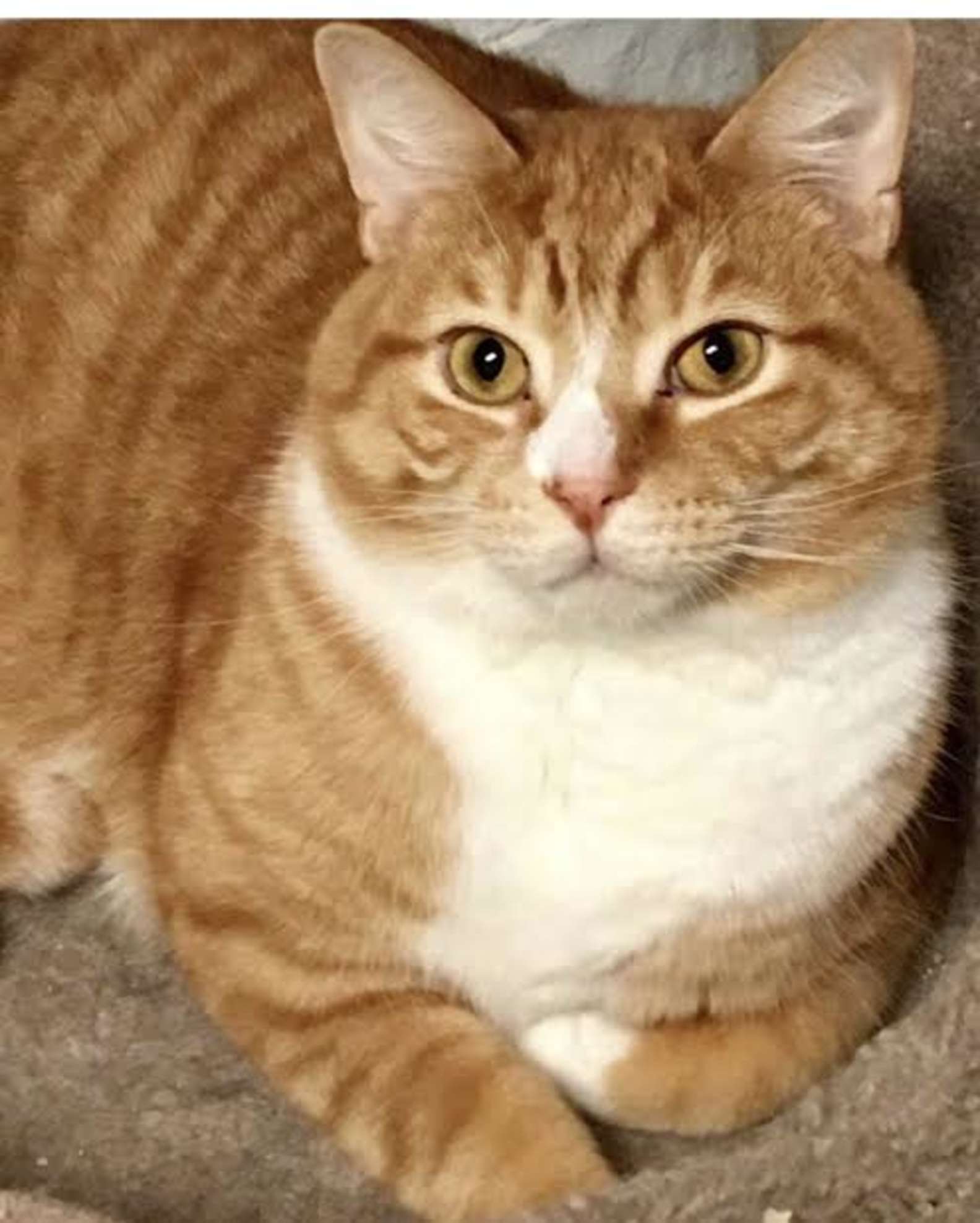 Realizing how special he was, Hutchinson pulled Jacque from the shelter and took him into the care of Michigan Cat Rescue. Then she and the other volunteers searched for a home for him.

“We advertised him as a lap cat,” Hutchinson said. “This woman came along and she adopted him.”

But this didn’t turn out to be the forever home everyone hoped for.

“After about a year, she said she didn’t want him anymore,” Hutchinson said. “She said, ‘He’s constantly trying to sit in my lap — I just can’t stand it anymore. I’ll have to return him to you — this is not what I signed up for.’”

Everyone at the rescue group was stunned.

“Actually, it is what she signed up for because she requested a lap cat specifically,” Hutchinson said. “But she just became tired of having him.” 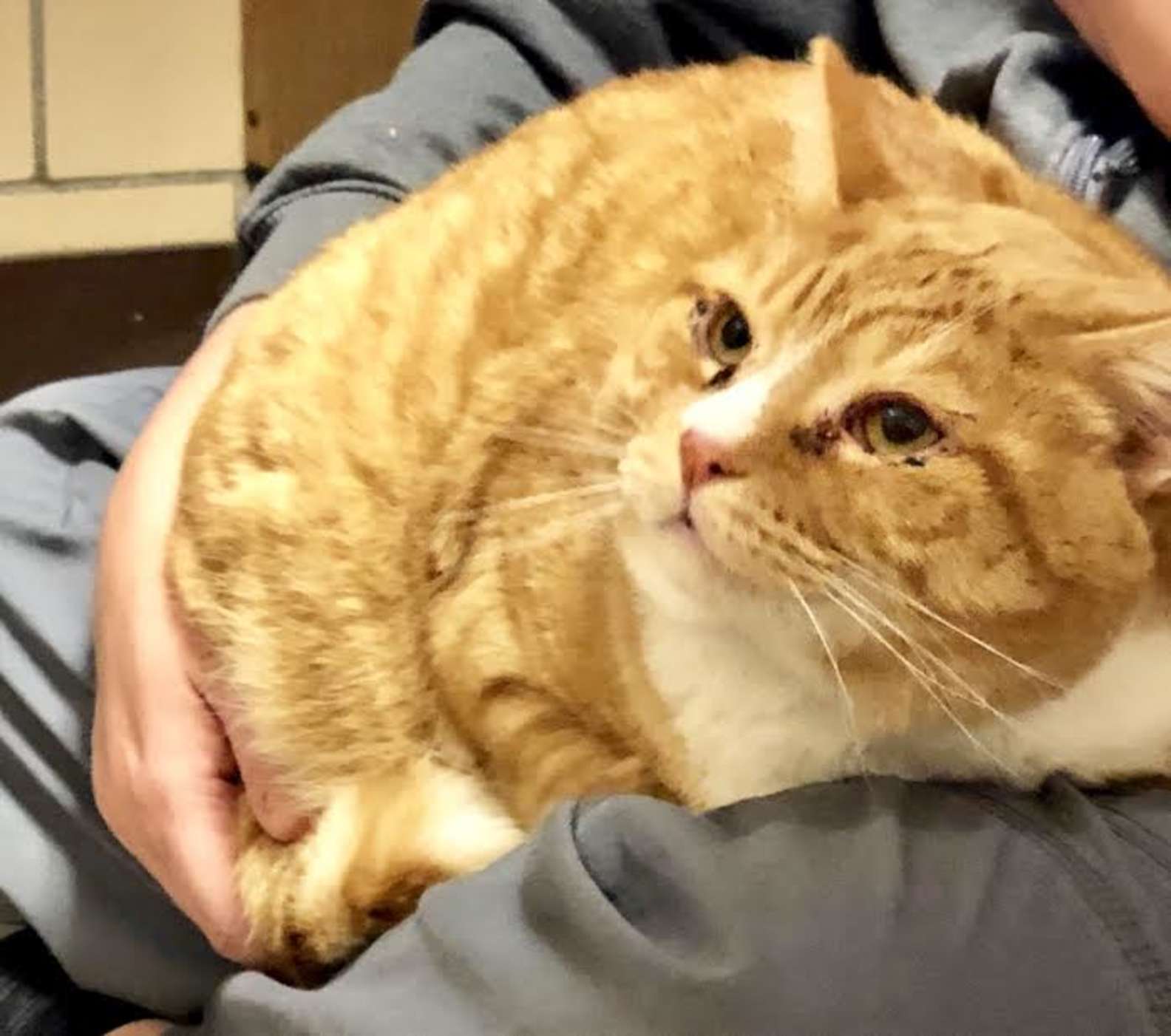 When Jacque came back to the rescue group, he was visibly distressed — and he ended up getting really sick.

“He didn’t eat for a few days,” Hutchinson said. “I think he was confused and upset by the rejection. Stress can really take its toll — not just on people, but on animals — and it broke down his immune system. He had a horrible upper respiratory cold; his eyes were swollen and infected.” 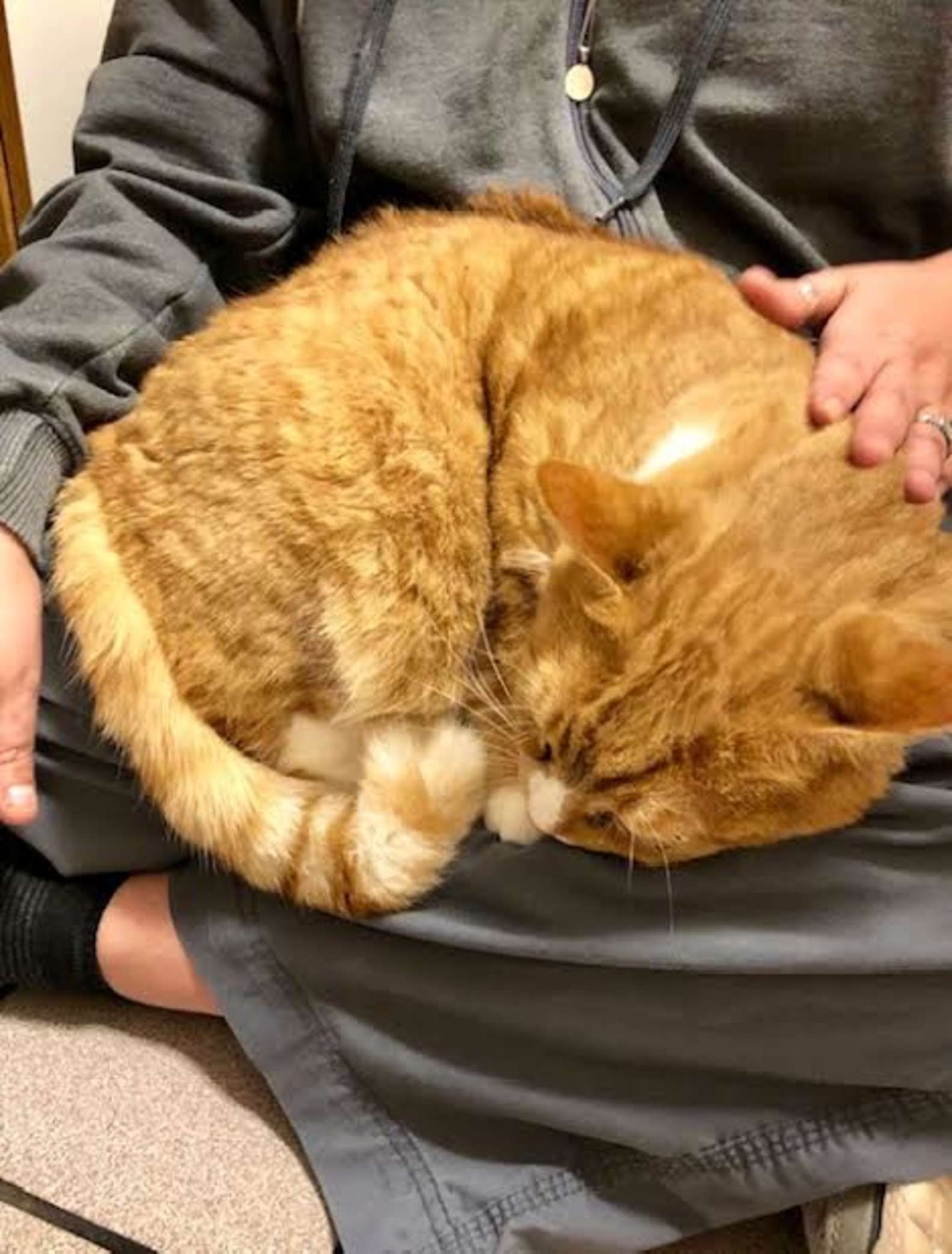 The team nursed Jacque back to health and started looking for a new home for him. But this time, they were a lot pickier.

“We received a lot of applications for him, but a lot of them weren’t appropriate for his personality,” Hutchinson said.

Then a woman named Liz Myziuk and her husband applied to adopt Jacque. Hutchinson had a good feeling about them, so she set up a time for them to meet Jacque. 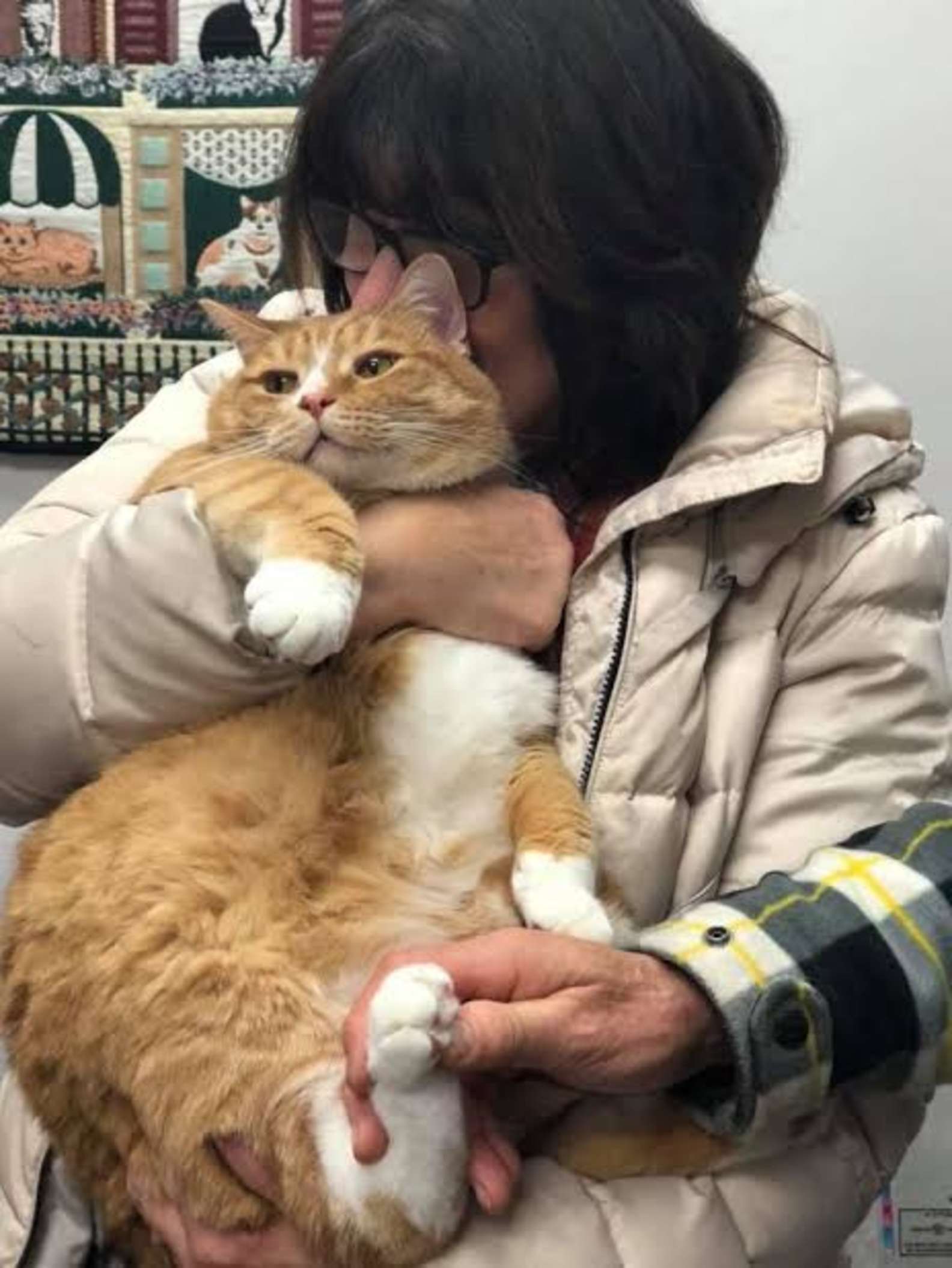 “We met Liz and her husband at one of our veterinary hospitals, and we put them in a room together,” Hutchinson said. “I let him out of the carrier, and he walked around a little bit. Then they picked him up and put him in their laps and he just stayed there. They were crying and so happy — they were so in love with him.” 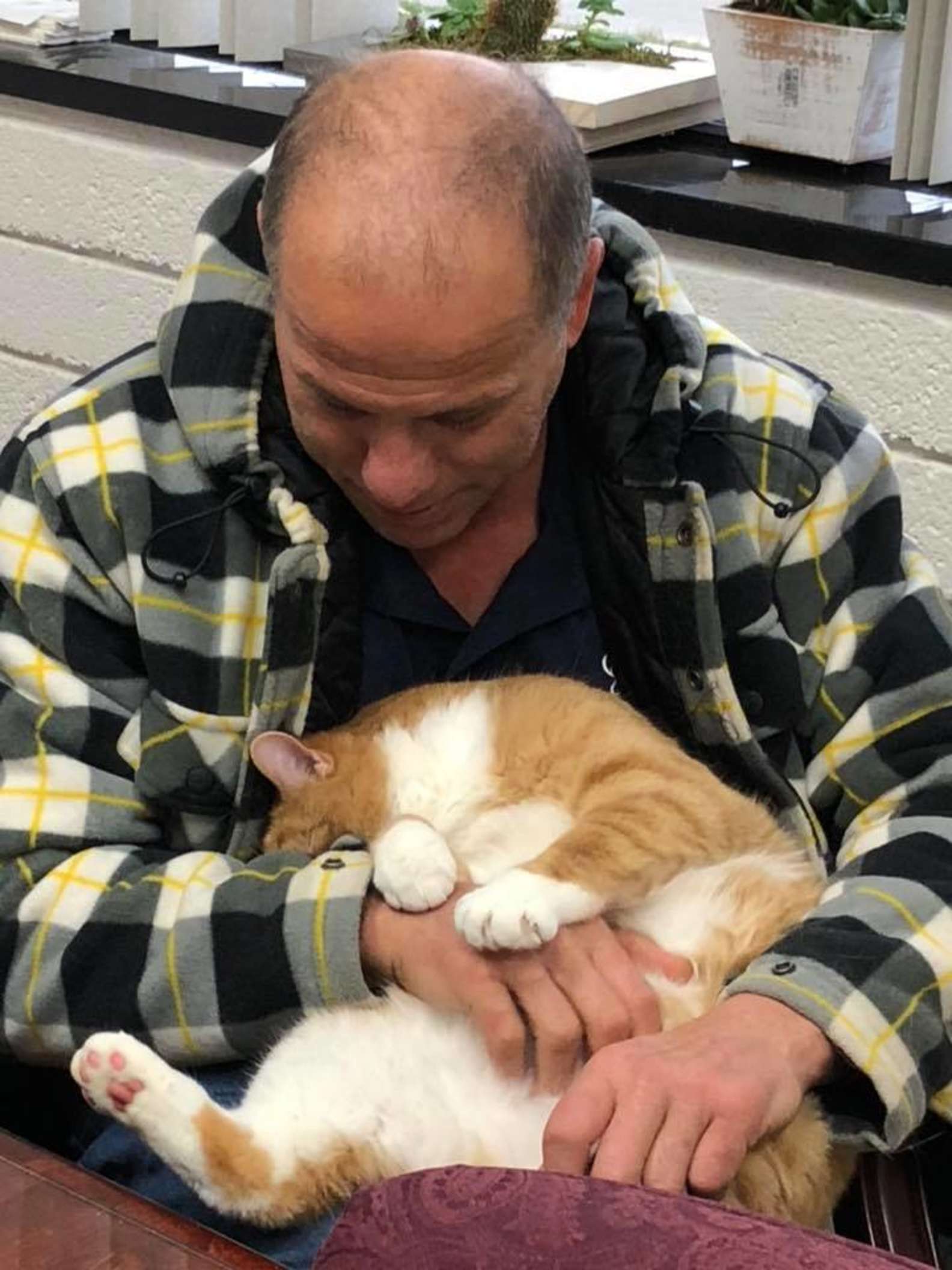 “I left him in the room with them, and they came out and said, ‘We want to give a home to him. We want to take him,’” Hutchinson added. “Then I started crying. I was just so, so happy. I think Jacque was relieved, too. I think he knew he finally had his happy ending.”

Jacque quickly settled into his new home, and even got a new name — Giuseppe. 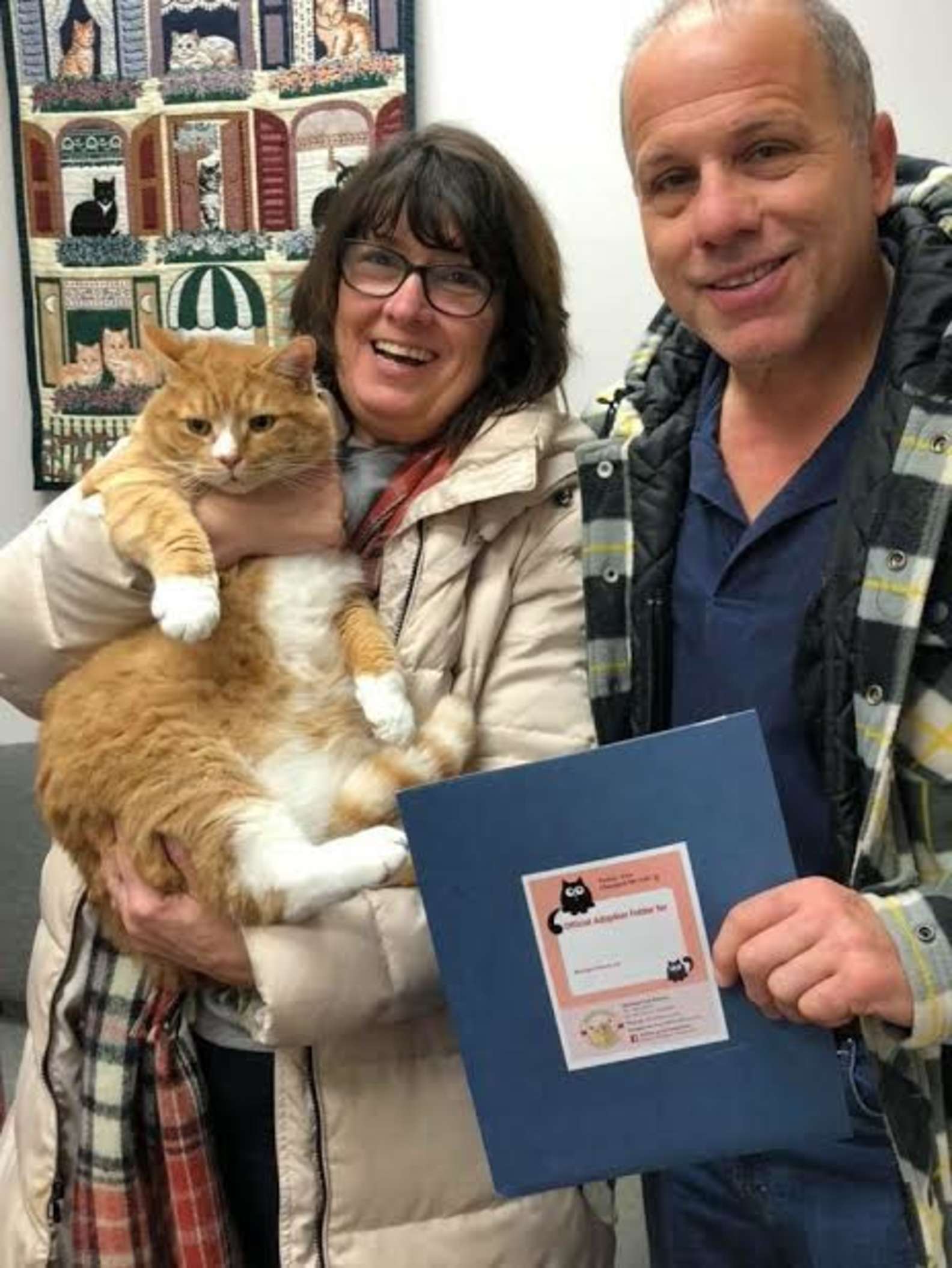 Hutchinson, who has a special place in her heart for Giuseppe, is over the moon that he finally got the home he deserves. 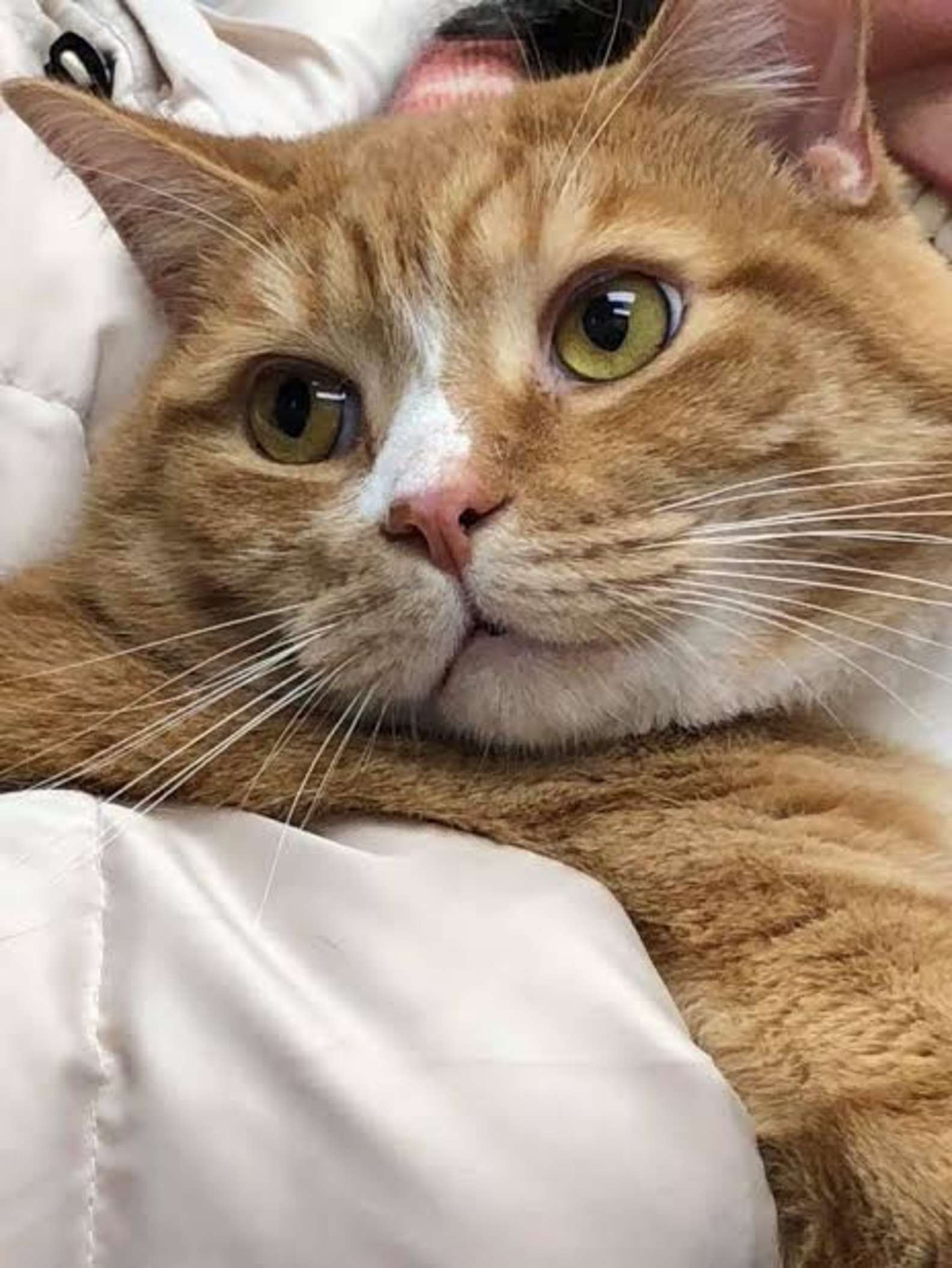 “We were so upset when he was returned to us by his owner,” she said. “I was just so heartbroken for him, and I can tell that it hurt him as well. So to find him the perfect home is just a beautiful, beautiful thing. It makes me cry because that’s why we do all of this, and that’s why we struggle every day just to save their lives so they have good, happy lives.”