From the moment they became brothers, Spanky has always adored and looked up to his big brother Roman. He follows Roman everywhere he goes, and is always happiest whenever they’re together.

“Roman is definitely Spanky’s security blanket,” Jackie Rogers, Roman and Spanky’s aunt, told The Dodo. “Spanky will do nothing without Roman and always makes sure he is close to him and if he’s not he gets up and goes near him.” 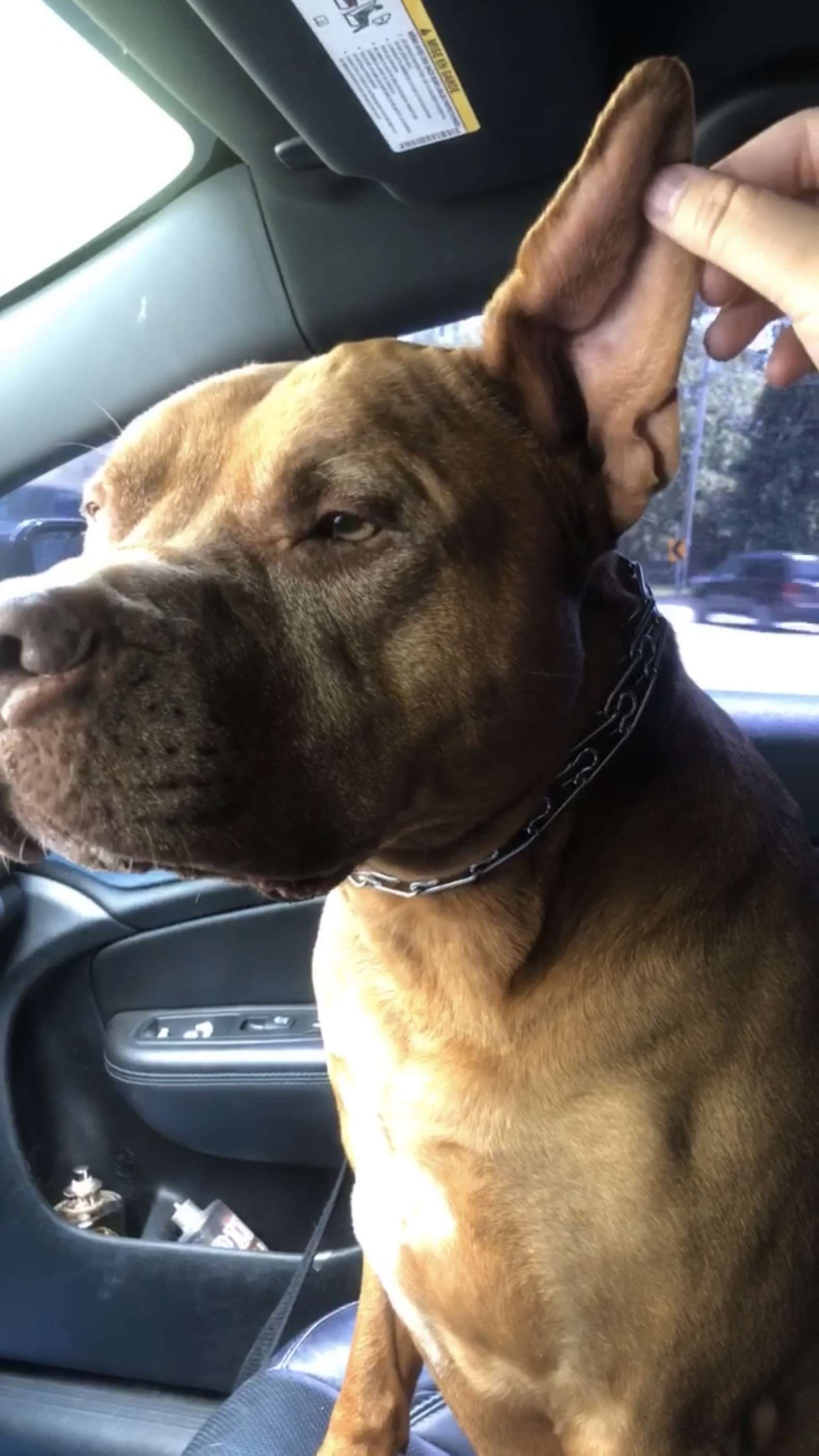 About two weeks ago, Roman’s ear started looking a little puffy and infected, so his mom took him to the vet and discovered he has a hematoma on his ear. They scheduled a surgery to take care of it, but unfortunately, while he waited for the surgery, his ear kept getting worse and poor Roman got more and more uncomfortable. 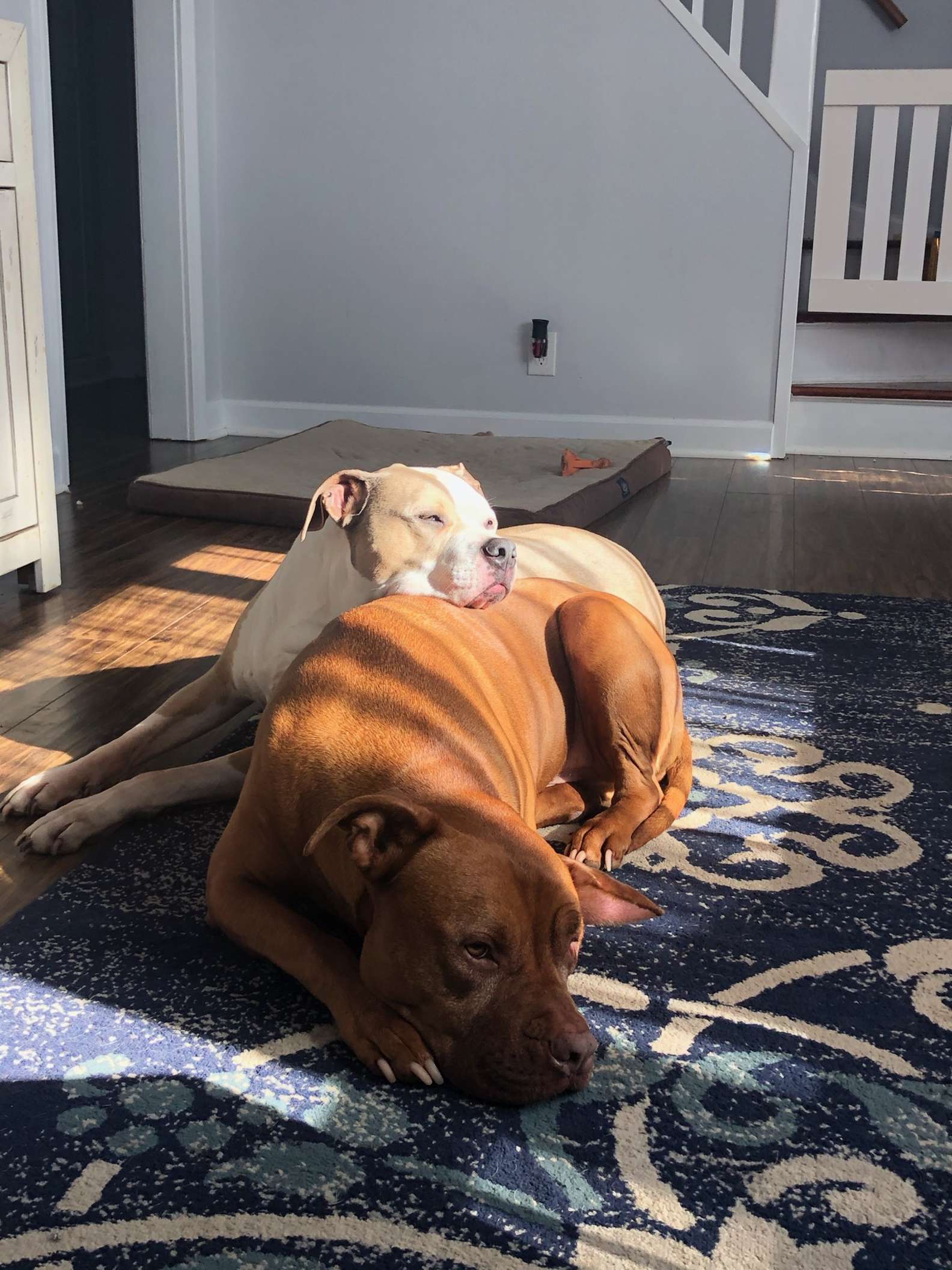 At first, Spanky didn’t notice anything was different, but as Roman’s ear got worse, everyone noticed that Spanky was much more gentle and concerned about his best friend.

“We had to take him back to the vet to confirm he could wait five more days for surgery and I brought Spanky along for the ride, but due to COVID we couldn’t go inside with Roman and for 20 minutes Spanky sat in the car crying/whining/barking until Roman got back,” Rogers said.

With the surgery set, all the family could do for Roman was to let him rest. During the day while everyone is at work, the family has a Ring camera set up so they can check in on the dogs, which is especially important now so they can make sure Roman is OK. Rogers was checking the camera recently when she noticed Spanky watching his brother lying on the floor, looking very concerned — and then he did the cutest thing. 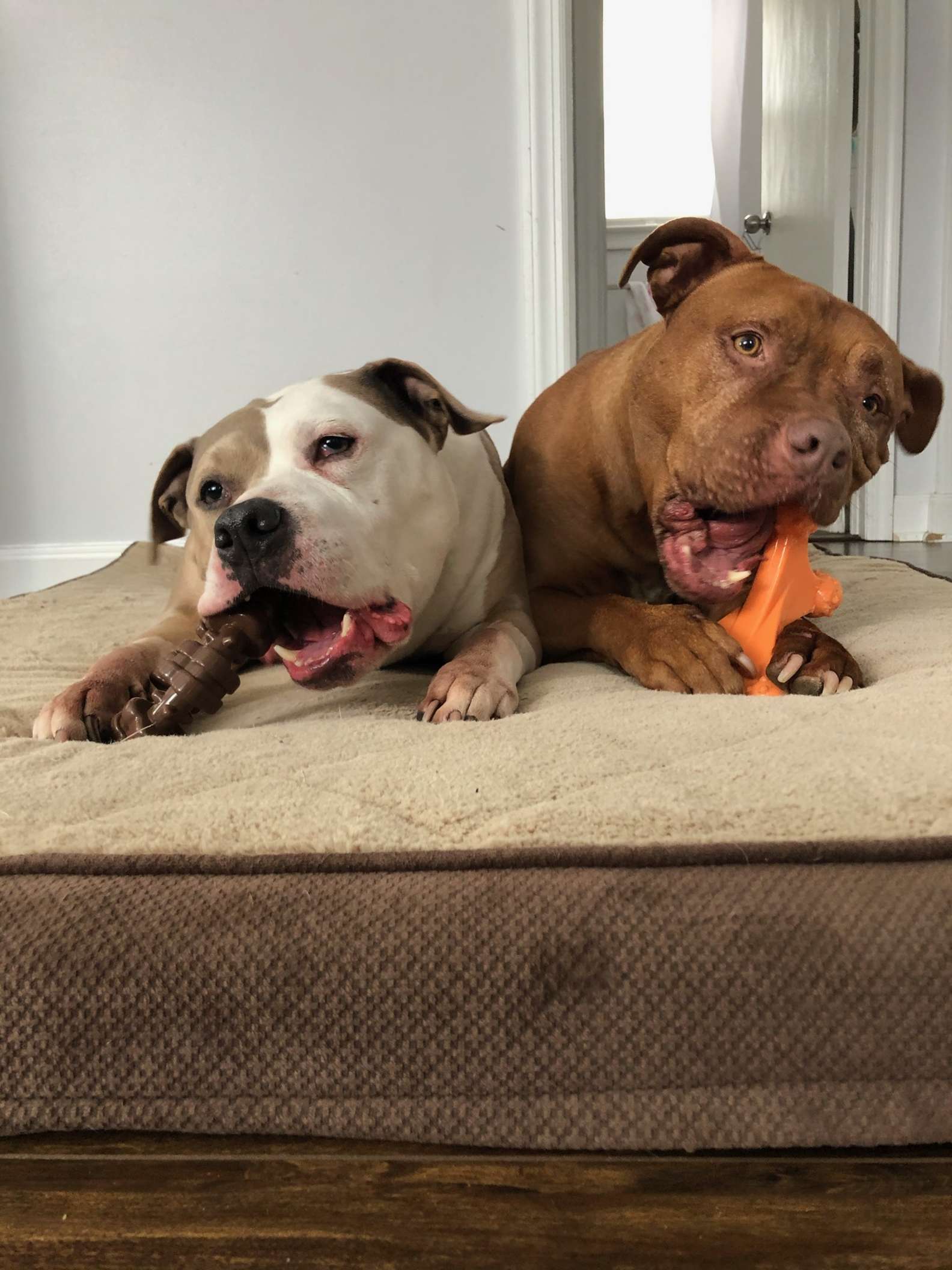 Spanky was worried about his brother and wanted him to be as comfortable as possible, so he brought his bed to him so he wouldn’t have to move — because that’s how much he loves his big brother. 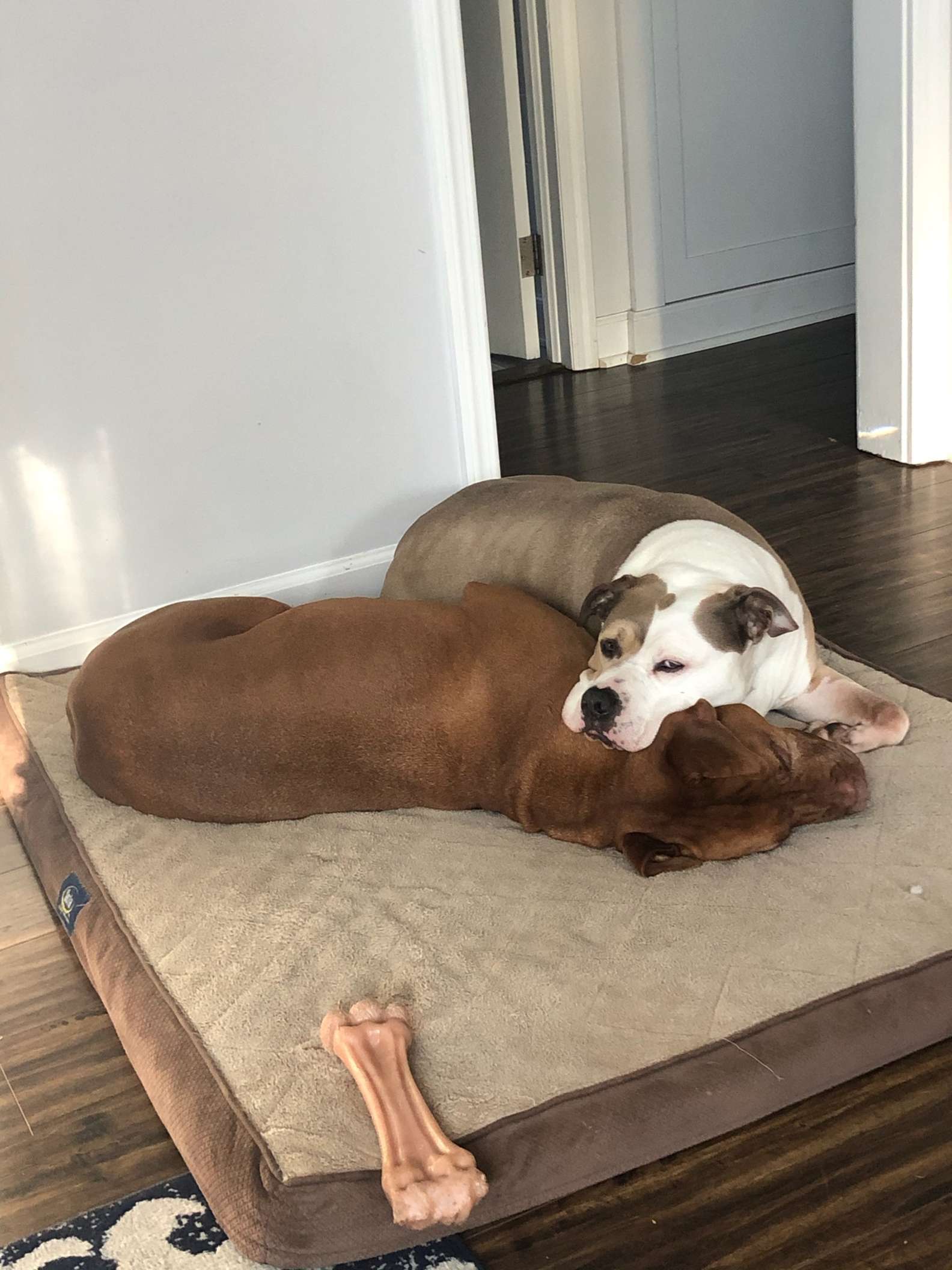 Spanky brought the bed over to Roman around 10 a.m., and when Rogers got home that evening, they were still snuggled up there together. Spanky knows his brother isn’t feeling well, and he’s determined to stay by his side until he’s feeling better — and will do anything he can to make sure he’s safe and comfortable in the meantime.